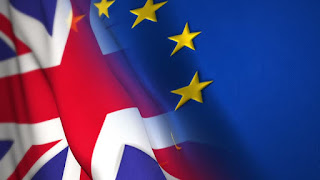 Did yesterday’s MPs vote against Brexit plan come as a surprise to you? Not to the least to me. This is yet another part of a fascinating drama that is played in real life before our mesmerized eyes.

Let me put it straight upfront: I love the Brits, I really do. Having lived in the UK for 3 years which were among the happiest in my life, I enjoyed this people’s particular sense of togetherness: deep, prudent, discrete, delineated, with a few untold rules you’d better live by (I reckon this is true of any country you live in for a while, but strikingly so for the UK where a lot of things are untold, maybe the most important ones). This country did invent democracy, by the way, and one just has to participate in any general meeting whether of an association or else, to see it at work: consistent, orderly, patient, pragmatic.

So what’s the heck is going on? What is all this Brexit mess about? What kind of a show are we, European citizens, requested to watch? Is there anything for us to understand? Here is how I see it: in any circumstance but particularly in History, what is interesting is the story behind the story. In this instance, one'd better say the Tory behind the Tory.
Let’s have a look: A good story has a great title (Brexit? Wow!), an appealing beginning, a compelling plot within a suitable context, something to stick you in and make you believe it could be true. Moreover, a bestseller usually requires a good story A mixed with a strong B one and God knows this Brexit story IS a massive bestseller! Nothing less than a Fleet Street saviour.

As for the beginning of the story, it was not quite of the “happily ever after” sort and there was some worried looks on the fairies’ faces at the cradle. Anyway, when the UK joined the EEC in 1973 (take notice: not the EU at that time, this may explain that just a little), it was then massively thought that joining was a matter of national interest (2/3 vs 1/3). For at least two reasons. One was the prospect of the EEC becoming one of the biggest markets on Earth and surely an economy that vastly relied on trade would not want to be singled out, they had to be part of the show. The other was the near millennium long British tradition to keep any potentially dominating European power on a short leash. So, they joined and for decades they did all they could to mint the two sides of the coin their way: having a say on a massive market and having a no against any would-be political integration to keep the economic community as far away as possible from becoming a continental power. Hence, they had no genuine interest whatsoever into the European Project as designed by the “founding fathers” although they pretended so. Once inside, it was merely a matter of negotiation, as hard, as far, as long as they could to keep it their way. And one thing is for sure: the Brits have their way of negotiating. Anyone who’s gone into negotiation with them has experienced this particular way of theirs to strike a deal (talk about a story behind a story!). For decades, the EU has been a huge playing ground for them as it is nothing but a negotiation arena! This went on rather smoothly and gently and they worked it out fairly well. The European Project was shelved, the Union shaped as a trade one, so to speak and, whenever it disagreed, the UK could secure its very specific position strictly within the lines that were defined when they joined (the point here is not to list the specific advantages the UK got from the EU but if you had a look, you’d be stunned, the least not being the ones David Cameron pocketed when he hammered his Brexit wedge).

To summarize, story A is a divorce one, when the gap and frictions between untold original intentions become so wide that sleeping in different beds or even rooms is no longer a solution but separation (They invented divorce too, btw!).

To give it a bit more substance and delve into these untold intentions, let me share an experience I had when in the UK. I used to speak in a couple of business conferences and I remember far too well how the audience reacted to one of my speeches. As I enjoy a British first name, they could not spot I was French from the speakers list, so the first move I sensed when I started my speech was the audience being discretely startled at my not-so-discrete French accent (whatever you do, you keep that for life, my friend!). Then the attention got its momentum and I could feel a growing interest for what I was saying. Until disaster stroke: I used a typically continental alternative formula “either…or”. There I felt the attention disband and, like a desperate cook watching his flattened soufflé, got it all lost. Later in the day, I asked one of the participants what had happened. The answer has been a lifelong lesson to me. “You were telling interesting things, my young friend (yes, it was some time ago) until you got into this alternative of yours. We, the British, don’t thing that way. You’ll never get us caught into a two-sided alternative, there is always a third option at least, there HAS TO BE! For instance, about Europe, don’t ask us to be Europeans as you are or want to be! We’ll never be so. We can only stand on the border line, out AND in with you. We’re an island you know, and a merchant island as such. A merchant is a go-between, remember? So are we! We are a go-between the US or the RoW and the EU and if you admit this intermediate position of ours, you’ll make the best of us.”

Wow! So telling! No need to say I have valued this piece of information like a treasure ever since. From a continental perspective into this divorce story, this is as if you had married a girl or a man who wants to keep a couple of lovers at hand. Talk about misunderstanding!

As for the plot, I would describe it as to secure long term national interest within the hectic, fierce, intertwined international ball game. Would you need anything more intense, more ruthless for a plot?

If all this was not enough, here are a few ingredients that came timely to feed the dynamics and sharpen the drama line: Rising populism and nationalism everywhere, a few shameful simplistic pieces of domestic information junk, the so-called special relationship with the US aptly fueled by D.Trump, probable foreign interference (at least Russia), a United Kingdom vs a disunited EU as a negotiation line, the Norway model as an expected result, not withstanding internal political second thoughts (vs Labour and within Tories).

Now the story B. Let me ask you a simple question: would you really believe a country that was shrewd enough to set up and execute the Fortitude operation during WW2 to make the Nazis believe the D Day landing would happen in Norway or near Calais, would become amateurish, shortsighted or even careless enough to call for a vote on Brexit without in-depth prior analysis and manoeuvre? I don’t. Matters of national interest are not dealt with the kind of improvisation we are made to believe. This is not possibly true. Don’t get me wrong! I don’t intend here to say this was all planned from the beginning. No. Politics are a matter of putting together the right intent with the appropriate dynamics, supported by proper circumstances so as to get the expected result. As you can see there is quite a bit of a leeway. C'est la vie! What I mean here, is you are dealing with professionals: the politicians themselves, their cabinets, advisers, intelligence services, you name it. The divorce issues and options have all been rightly considered. All of them, it cannot be otherwise. Including the Irish border issue of course. Would you imagine a treaty so important to the UK national security to be overlooked? You must be kidding. The plain truth is it has been considered and kept as a pocket piece, an escape route if things went the wrong way.

Brexit as it is told, is a complete set up. A gigantic historical set up, something like Ocean 28. For two years now, we’ve been witnessing a master game brilliantly and patiently being played,with all appropriate characters: the good, the bad, the fool and the ugly. Because the UK simply cannot lose: they have had all their options ready from the very start. They’ve been surprised by the referendum result as well as the EU negotiation line, yes that’s for sure but it had been considered and validated as an option because the gamble definitely was worth a try for their national interest.  As if in the divorce agreement, you requested access to the house in case of parties, as well as to the kids, the fridge and the bank account. Yes, I know, it happens sometimes.

If they don’t get a deal in line with their national interest, they have the option ready: they will not leave, pure and simple. Did you notice? All European representatives keep asking the UK to tell the world what they want. But they cant! It is impossible for them to tell their intentions aloud and the Europeans know this perfectly well! This is just another wedge, an excuse to bring them back to the referendum table and stop this nonsense.

Now you can tell the ending: they actually will not leave.  As the attempted gamble failed, you’ll see a few hiccups, a lot of media noise and a couple of contradictory polls, then another referendum will eventually take place with the appropriate result and they merely will never have left Europe (They made perfectly clear from the beginning that they kept all their options open and could not be forced out). As required by their national interest.

End of story. Now, back to square one: what will happen with our marriage?